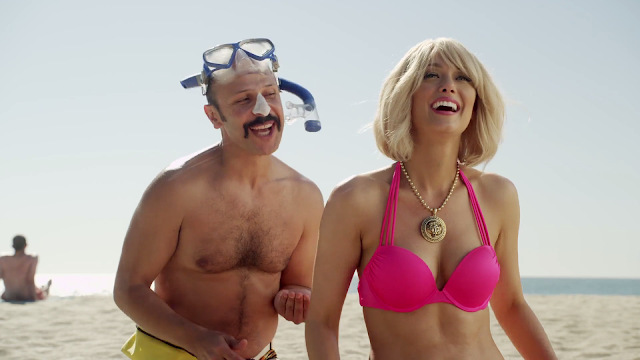 The Pink Panther meets Borat in this broad satire about a bumbling yet lovable Iranian immigrant who wins the Green Card lottery and moves to Los Angeles to pursue his dream of becoming an American hero. Jimmy Vestvood aspires to be a cool cop like his childhood idol, Steve McQueen in the movie Bullitt, but soon discovers that the best job he can get is as a security guard at a Persian grocery store. Through a series of comically fateful events, Jimmy's naiveté is exploited when a corrupt arms dealer hires him as a private investigator. Framed as a terrorist by the fear-mongering Kox News, Jimmy is unwittingly embroiled in a conspiracy to start World War III. With the help of his seventh cousin, Jimmy must save the day and avert the imminent war while keeping his overprotective mother in the dark. At a time when tensions between the East and the West are at a boiling point, "Jimmy Vestvood" playfully skewers American preconceptions of the Middle East and breaks new ground through its depiction of the first hero of Middle-Eastern descent in an American comedy.