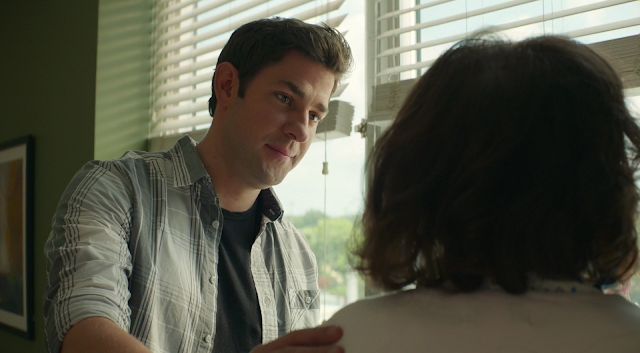 John Hollar, a struggling NYC artist is forced to navigate the small middle-American town he left behind when news of his mother's illness brings him home. Back in the house he grew up in, John is immediately swept up in the problems of his dysfunctional family, high school rival, and an over-eager ex-girlfriend as he faces impending fatherhood with his girlfriend in New York. From a script by Jim Strouse that is at turns hilarious and heartbreaking, John Krasinski's second feature is a poignant look at the bonds of family and friendship.

Actor John Krasinski goes behind the camera for a second time to deliver The Hollars, an affectionate look at an oddball family which is plunged into crisis when the matriarch (Margo Martindale) is diagnosed with a brain tumour. Krasinksi, also starring as the clan’s commitment-shy youngest son John, aims for off-beat humour laced with high-stakes emotional drama. It’s not that he fails, or that his film isn’t desperately charming as it goes about its business, but this is very familiar American indie territory, and The Hollars stops well short of innovation.
[Fionnuala Halligan, Screen Daily]