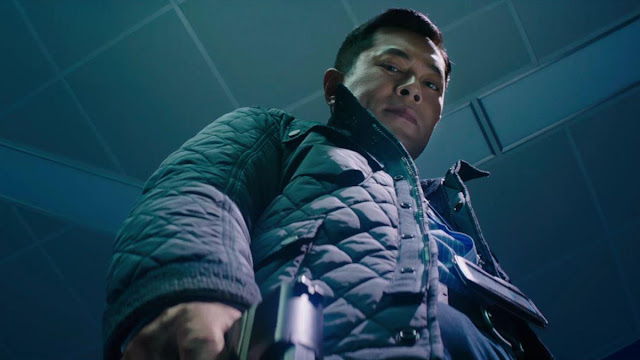 
When a police sting goes bad, a cornered criminal (Wallace Chung) makes a desperate choice: he shoots himself, forcing the officers to cease fire and take him to the hospital. Once there, he refuses treatment, waiting for his cohorts to break him out. Caught between an obsessed cop (Louis Koo) and the surgeon assigned to save his life (Zhao Wei), the hospital is now a battleground of deception, double-crosses, and a coming onslaught of violence in this action-thriller by master filmmaker Johnnie To.

A desperate cop and dutiful surgeon clash over the fate of a seriously wounded criminal in Johnnie To’s latest thriller, staged within the claustrophobic confines of a single hospital location. The promise of flashy gunplay and inventive camerawork should be sufficient to entice To’s legions of global fans and ensure solid numbers when the film opens day-and-date in China and the US on 24 June. Zhao Wei adds a touch of glamour to a cast of Milkyway regulars, headed by Louis Koo and Wallace Chung, which should also help the film extend its reach beyond To’s fanbase on the mainland. But the veteran Hong Kong director makes his audience wait for the promised fireworks, and Three’s flimsy premise never quite captures the grounded realism of Drug War or Election, or the visual flourish of Exiled or Vengeance. [James Marsh, Screen Daily]