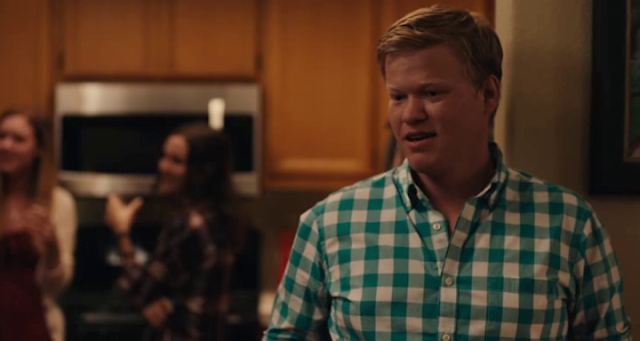 A struggling comedy writer, fresh from breaking up with his boyfriend, moves to Sacramento to help his sick mother. Living with his conservative father and younger sisters, David feels like a stranger in his childhood home. As his mother worsens, he tries to convince everyone (including himself) he’s “doing okay.”

A gay son returns home to care for his dying mother and confront his closed-minded father in Other People, a low-key comedy-drama that overcomes its story’s potential triteness with some fine-tuned performances and a commitment to small, true moments. Making his feature debut, writer-director Chris Kelly draws from personal experience, and it’s the specificity of the telling that gives Other People its quiet, offhand grace. Led by a strong, unfussy performance from Jesse Plemons, the whole ensemble lends the film a lived-in naturalness in order to inoculate the proceedings from clichéd melodrama. [Tim Grierson, Screen Daily]