aka Pieta in the Toilet 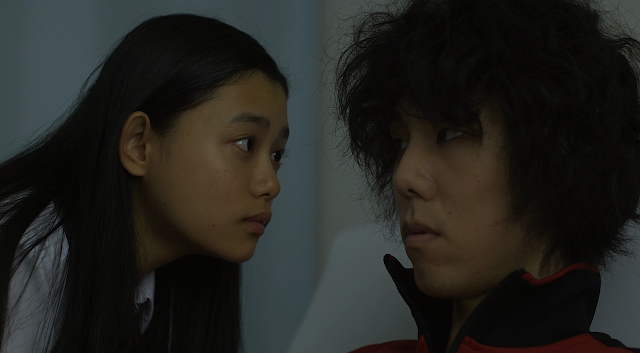 Inspired by "Godfather of Manga" Osamu Tezuka’s last diary page, this fraught and tender story marks the fiction debut for acclaimed documentary filmmaker Daishi Matsunaga. Hiroshi (Yojiro Noda, lead singer of popular Japanese rock band RADWIMPS in his first acting role) is an introverted painter once full of promise. During his work as a window cleaner, he falls suddenly ill and the doctor requires him to bring a family member for his test results. Not wanting to involve his family, Hiroshi pays a headstrong highschooler Mai (Hana Sugisaki), who he meets in the waiting room, to play his sister. Told that his days are numbered, Hiroshi struggles with his fate while Mai asks him, “Shall we go die together, then?”  -Japan Society