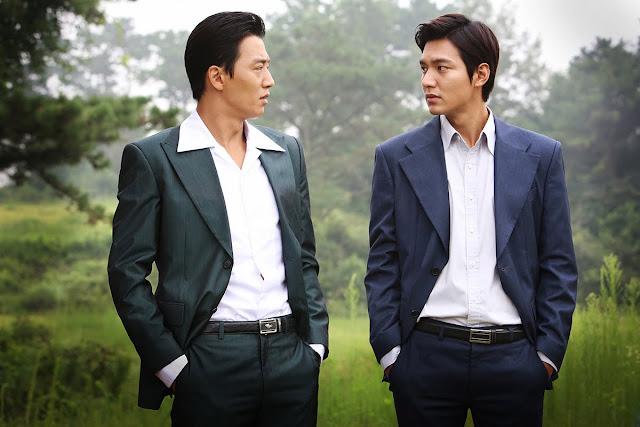 Jong-Dae (Lee Min-Ho) and Yong-Ki (Kim Rae-Won) grew up in an orphanage like real brothers. After they leave the orphanage, they make a living by picking up paper and empty bottles. Jong-Dae then becomes involved in a struggle of interests over development in Gangnam, Seoul. In the process, he lives with Gil-Soo (Jung Jin-Young) and Sun-Hye (Seol Hyun) as they accept Jong-Dae like a family member. Jong-Dae also becomes a gang member.

Gangnam Blues also proves to be a great showcase for director Yoo’s vision and talent. Although it requires some concentration to follow its complex plot, the film imparts an impressive depth to the violence and deception shown on screen, as if it were all a part of a tense chess match. At the same time he devotes considerable attention to the surface: the look and energy of the film is thrilling, and the crowd fights in particular are as painful to watch as they are impressively choreographed and executed. The end result, as with his previous films, is that Gangnam Blues addresses the topic of violence in a sophisticated way, but never fully de-glamorizes it either. You could flag this as one of the work’s faults, or you could argue that the contradictory feelings that the film gives you – of being simultaneously repelled and seduced by violence – is what makes it interesting. (Darcy Paquet, Udine Far East Film Festival)

On a technical level, this is Yoo’s most accomplished film to date with a number of outstanding set-pieces using an array of camera angles and locations while masterfully exploiting lighting, colour and choreography giving it a rich noir touch. (Jason Bechervaise, Screen Daily)