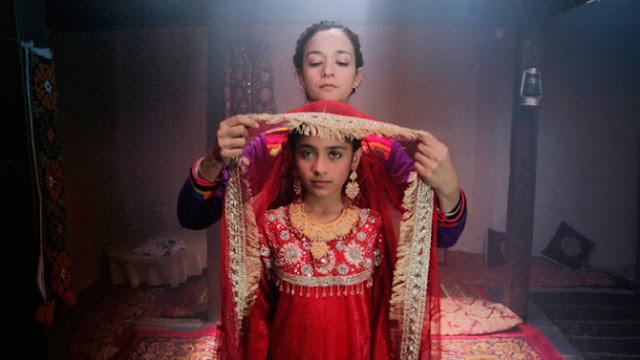 At the age of fifteen, Allah Rakhi (Samiya Mumtaz) was given in marriage to the much older tribal chieftain Daulat Khan (Asif Khan), who took her from her family in Lahore to live with him in the mountains. Now, two decades later, Daulat Khan is presented with the opportunity to make peace with rival tribe leader Tor Gul (Abdullah Jaan), and he seals the deal by offering his fellow chieftain his and Allah Rakhi's ten-year-old daughter Zainab (Saleha Aref) in marriage. Tormented at the prospect that her daughter's life might be a repetition of her own, Allah Rakhi flees with the oblivious young girl in tow. Pursued by Daulat Khan and Tor Gul's henchmen, and knowing that she is highly conspicuous as an unaccompanied woman on a mountain road, Allah Rakhi manages to get a lift for her and Zainab by lying to a sympathetic truck driver, Sohail (Mohib Mirza). When Sohail learns of the real reason for Allah Rakhi's flight, he is forced to decide whether he will endanger his own life to deliver mother and daughter to safety in Lahore. (Via Wikipedia)

Pakistan’s 2014 Oscar entry, “Dukhtar,” is a handsomely made, nicely modulated fugitive drama with forceful social overtones that decries the ongoing practice of marrying child brides in tribal regions of the country’s mountainous north. New York-based scripter-helmer Afia Nathaniel certainly doesn’t shy away from challenges, since the film’s exceptional location work in remote areas of the Punjab couldn’t have been easy, but the gamble paid off, and the pic not only is a natural for human-rights fests but could also see modest action on Stateside arthouse screens. (Jay Weissberg, Variety)