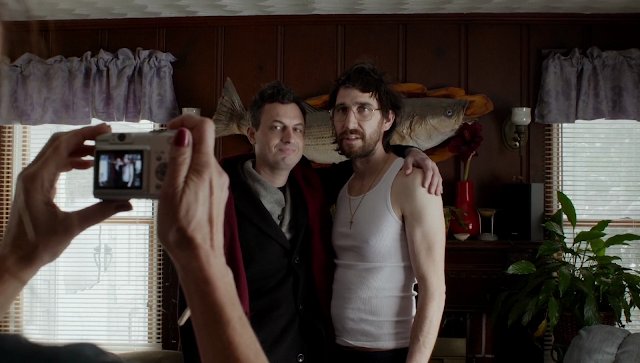 
Director/writer/star Kris Avedisian expertly deconstructs the contemporary obsession with the "man-child" in this darkly funny story about former childhood best friends who reconnect decades later in their working-class Rhode Island neighborhood. Peter Latang (Jesse Wakeman) left his childhood home of Warwick, Rhode Island to reinvent himself as a slick, Wall Street mover and shaker.  When he's suddenly forced to return home to bury his grandmother, he loses his wallet on the trip and ends up at looseends.  Stranded and broke, Peter looks to the only person he can think of to help him out- his next door neighbor and former childhood friend Donald (played by Avedisian). The ever-eccentric Donald hasn't changed a bit, and what starts as a simple favor turns into along and unhinged van ride into their past.  Painfully awkward moments and increasingly bizarre – and dangerous – hijinks ensue, as the friends rediscover their stifled aggression and teenaged rebelliousness.  Avedisian’s pitch-perfect first feature is a brilliant twist on the family-reunion melodrama and the classic buddy comedy. - Official site