aka On the Beach at Night Alone 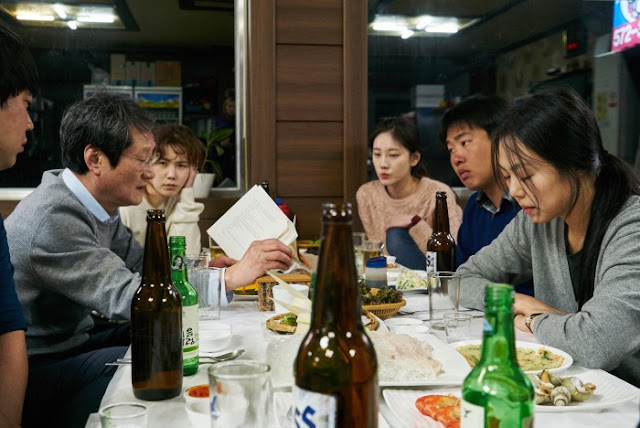 
A foreign city. The actress Younghee, stressed by a relationship with a married man in Korea, has given up everything, as the least courtesy she can show her sincere heart. He has said he'll join her, but she mistrusts him. She eats at an acquaintance's home and goes to a sea. She asks her friend, whom she thinks does not understand: "Is he missing me now, like I miss him??" Gangneung, Korea. A few old friends. Things are awkward, they drink, and she decides to startle them. She acts aloof, then cruel, but they like it. Left alone, Younghee goes to the beach, where things inside her heart manifest themselves, then fade like mist. How important is love in one's life? Younghee wants to know.