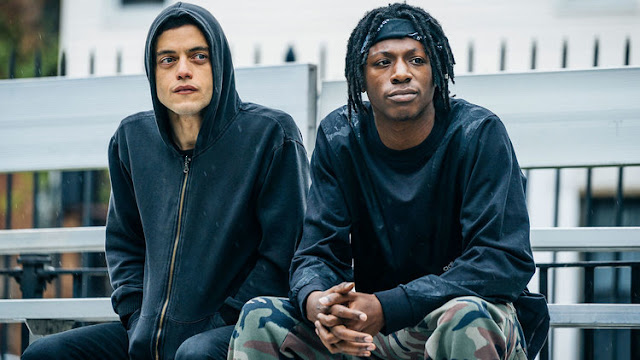 MR. ROBOT follows Elliot (Rami Malek, “The Pacific”), a young programmer who works as a cyber-security engineer by day and as a vigilante hacker by night.  Elliot finds himself at a crossroads when the mysterious leader (Christian Slater, “The Adderall Diaries”) of an underground hacker group recruits him to destroy the firm he is paid to protect.  Compelled by his personal beliefs, Elliot struggles to resist the chance to take down the multinational CEOs he believes are running (and ruining) the world.  The series also stars Portia Doubleday (“Her”), Carly Chaikin (“Suburgatory”) and Martin Wallström (“Simple Simon”).

Season 2 opens 30 days after the hack, now known as the five/nine hack. The season will explore the repercussions of the hack, and the "illusion of control", as Elliot and fsociety come to grips with the consequences of their actions. Season 2 will also explore the Internet of Things, small personal, home and automotive devices that are connected to the internet.