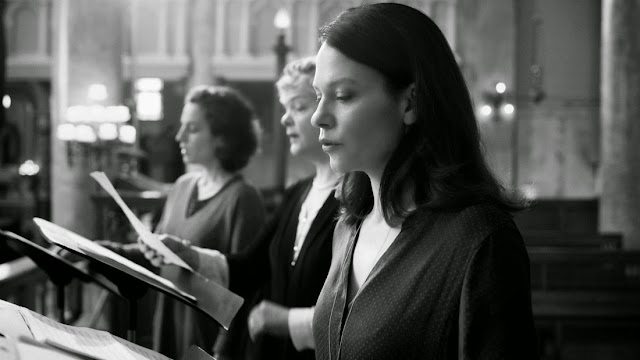 Hugo was eight when he went missing. When searches turn up nothing, his parents, Christophe and Irène split apart under the excruciating pressure of waiting. He moves to Mexico. She goes back to her career as an alto in an early music choir.

They live in their separate solitudes, haunted by Hugo's disappearance, until one day they get the news that human remains have been found. Everything indicates they are those of their son Hugo.
During their forced reunion in Montreal, they both handle the death of their child in their own way. Amid the guilt of losing a loved one, they haltingly move toward affirmation of life, acceptance of death and even the possibility of reconciliation.

Chorus is a love story that emerges from mourning and leads to two survivors clinging to each other as if to heal the deepest cut of all.