aka Neither Heaven Nor Earth 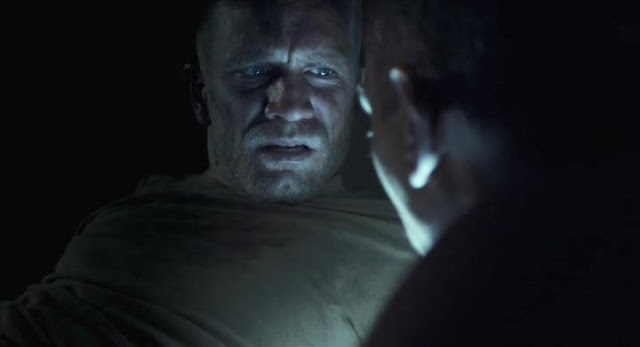 In this suspenseful war film that uses fear of the dark to great effect, an army contingent operating in Afghanistan is beset by mysterious disappearances. A French NATO patrol awaits its scheduled departure from their steel-plated Fort Apache base, bristling with high-tech gear. In one direction lies a village, a friendly but edgy place for them to be. On the other side is an area controlled by the little-seen Taliban. In between, sits a rock-strewn no-man’s land. While on a routine mission, two soldiers disappear. As the baffled French captain (compellingly played by Jérémie Renier) tries to figure out what happened, the Taliban send out a patrol in search of two of their own who have similarly vanished. The intensity climbs as further events transpire with no rational explanation. The men, now haunted by dreams, are close to panic, and the only clue to the odd occurrences is a supernatural tale spun by a village teenager. First-time director Clément Cogitore combines documentary-like realism with the seemingly paranormal to create a metaphor for the incongruities of contemporary war. The Wakhan no-man’s land is the abyss that imperious Westerners plunge themselves into when they are on soil that doesn’t belong to them. —Miguel Pendás