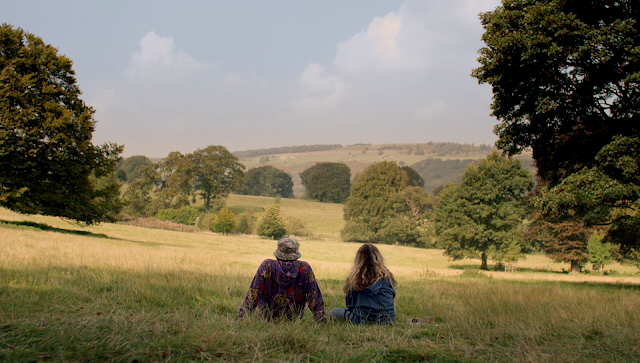 This Is England '90 looks at rave culture and the 1990 FIFA World Cup. It features Shaun, Kelly, Trev, Harvey and Gadget who are involved in the rave scene. Woody and Milky have opened a scooter shop, while Combo is released from prison after serving his sentence for the manslaughter of Mick in This Is England '86. Flip and Higgy from the moped gang in This Is England '86 are more prominently featured in the cast in this series.

Similar to the film and the two previous series, '90 featured a montage of the era at the beginning of the first episode, featuring the resignation of Margaret Thatcher in November 1990 which is set to the 1988 song "There She Goes" by The La's (which was re-released in October 1990). Each episode is set against a different season of the year starting with Spring.

As in real life although not wholly satisfying for drama, This Is England ’90 has been dominated by events from the characters’ past: the wicked deeds of Lol and Kellie’s father Mick, Combo’s attack on Milky. This has at times felt like a bit of a narrative cop out, and that there is nowhere left for the characters to go now.

Instead we have been asked, in the main, to sit back and enjoy Meadows’s gift for social observation, slipping into parody here and there, as in Woody’s sappy ex-girlfriend Jennifer’s (Stacey Sampson) absurd creation of a wedding planning scrapbook for him and Lol, but catching also the day-to-day poignancy of life, such as in the bumbling Gadget’s (Andrew Ellis) unrequited love for Kellie.

It seems that, with the main traumas of their lives with any luck behind them, Meadows shouldn’t bring this group of friends back to the screen again. But in the course of the three series he has extracted something epic from their apparently small existences – lives of dinner ladies, factory workers, the drug addicted and the unemployed that are normally way below the radar of most dramas. The vivid presence of Lol, Woody, Combo and their friends will be sorely missed. There’s been nothing quite like them. (Serena Davies, The Telegraph)