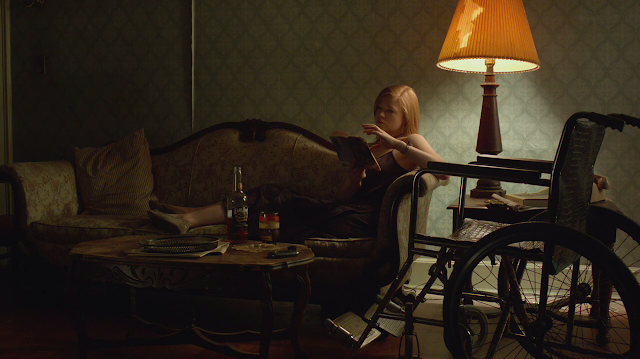 Jessabelle "Jessie" Laurent is pregnant and accepts to move to the house of her boyfriend to raise a family of their own. However they have a car accident where her boyfriend and her baby die. Jessie is seriously wounded and trapped to a wheelchair, and the direction of the hospital asks her to contact her estranged father to help her. Leon Laurent brings his daughter to his house in Louisiana and lodges her in her mother's room. Jessie snoops around the room and finds a videotape where her mother Kate Laurent is pregnant and reads tarot cards to her. She tells that Jessie would never left Louisiana; she is attracted by water; and another woman wants her out of the house. However Leon arrives and destroys the tape. On the next morning, Jessie watches another videotape when her father is out of the house, and her mother talks about the man that had taught her to read cards, Moses. Jessie is haunted by the ghost of a woman and her father discovers the two other videotapes she has hidden...