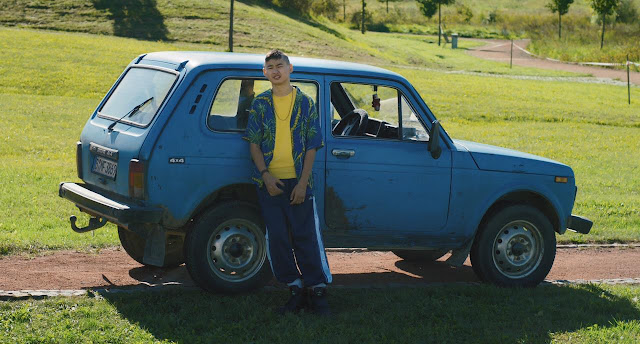 Thirteen-year-old Maik feels invisible: his emotionally distant father and alcoholic mother are completely absorbed by their own problems and don’t pay him attention. Things aren’t any better in school, and for some reason, the prettiest girl in class is avoiding him. His only friend is Tschick, his mischievous peer who lives in a high rise with Russian immigrants in Hellersdorf. In a moment of recklessness, the duo steals a car and embarks on a road trip on scorching provincial asphalt. A humorous blend of a coming-of-age and road film, Tschick is an adaptation of one of the most popular German young adult novels, written by Wolfgang Herndorf.

“Wolfgang Herrndorf was one of the best German writers, no-one reached his level of melancholy. In 2010 he released his bestseller “Tschick“, an adventurous story about two teenage boys, who don’t fit into their surrounding and escape. Finally this instant classic comes onto the big screen, realized by the greatest German director of this generation: Fatih Akin. Although this book is declared as a youth novel it’s a book for everyone. The impression of not fitting in or finding the place where I belong never stops, no matter how old you are.“
[Friederike Suckert, Kaltblut-Magazine]