aka The Wounded Angel 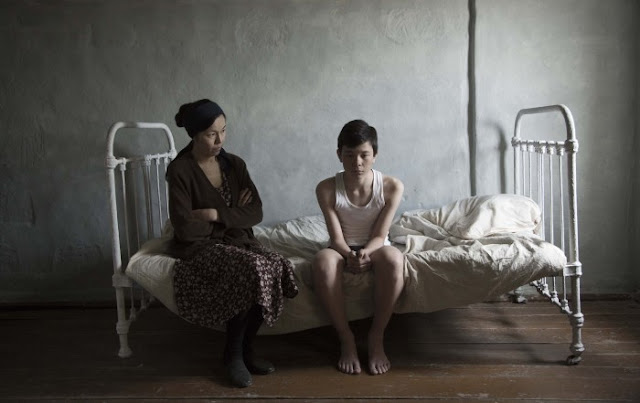 
A godforsaken Kazakh village in the mid-1990s where four youths are trying to find their way in life. Zharas suffers because his father, an ex-con, cannot find a job. To help make ends meet the boy takes on casual work at a corn merchant’s. Balapan can sing ‘Ave Maria’ as clear as a bell but his schoolmates provoke him into using his fists rather than his voice. Zhaba roams about the village ruins looking for waste metal he can sell. He comes across three bedraggled boys of his own age who have run away from a nearby home and are sleeping in a derelict tunnel. Aslan is about to take up studies in medicine but, after having persuaded his girlfriend to have an abortion, he undergoes a complete change in personality. After scoring a hit with his first film Harmony Lessons, which screened in Competition at the Berlinale in 2013, Emir Baigazin’s new work The Wounded Angel describes the mood of teenagers growing up in a time of great upheaval. The film marks the second part of a visually stunning trilogy about young people and their complex relationships in a world without a moral yardstick. -Berlinale