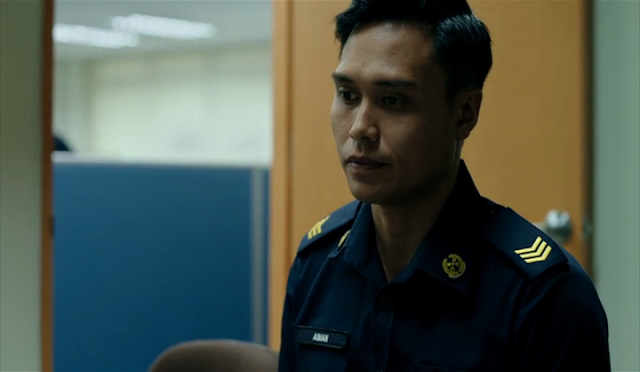 Aiman is a 28-year-old Malay correctional officer who is recently transferred to the territory's top prison. He lives with his older sister Suhaila in a modest housing estate. At his new workplace, Aiman begins to take an interest in a 65-year-old sergeant named Rahim. Soon, it is revealed that the charismatic Rahim is actually the long-serving chief executioner of the prison. Rahim also takes notice of the principled and diligent Aiman. When Rahim's assistant suddenly quits, he asks Aiman to become his apprentice. Aiman tells Suhaila of his new job position, but Suhaila becomes upset, as their father was actually executed by Rahim. Aiman knew this all along. Can Aiman overcome his conscience and a haunted past to possibly take over as the next chief executioner? - augenschein Filmproduktion