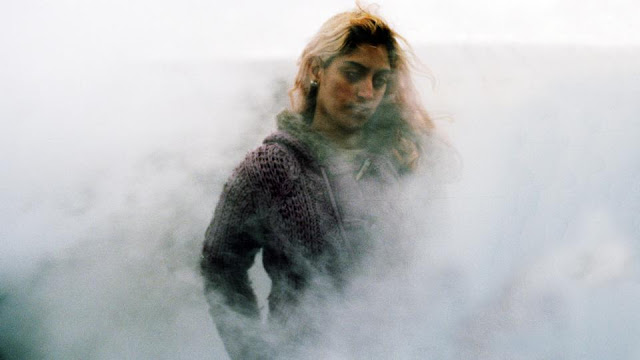 CATCH ME DADDY, Daniel Wolfe's first feature, written and created with his brother Matthew, follows Laila, a teenager from a ruthless criminal family as she flees home with her boyfriend, Aaron. Laila's family, who disapprove of the relationship on the grounds of religious principles, decide to hire a couple of mercenary thugs to chase them down - a pursuit that takes them deep into the muck of the Yorkshire Moors. Described by the Wolfe brothers as a "modern-day Western," the film is a tough, atmospheric, all-together riveting experience, which also received very strong reviews upon its Cannes premiere before heading to the Karlovy Vary Film Festival, The London Film Festival, and International Film Festival Rotterdam. (C) Oscilloscope

Musicvideo helmer Daniel Wolfe and his brother Matthew confirm that style and content need not be mutually exclusive with their impressive feature debut, “Catch Me Daddy,” which tracks the doomed attempts of a British Asian teen runaway to escape the long arm of her violently protective family. Beautifully shot on 35mm by justly garlanded lenser Robbie Ryan, and performed with affecting naturalism by a cast that mixes trained thesps with non-professionals, the pic looks certain for further fest action following its Cannes Directors’ Fortnight berth, before niche theatrical outings. But the bleak storyline will likely discourage broader audiences from joining the pursuit. (Charles Gant, Variety)

Stylish and intense, Catch Me Daddy serves as an effective calling card for debuting British directors Daniel and Matthew Wolfe.