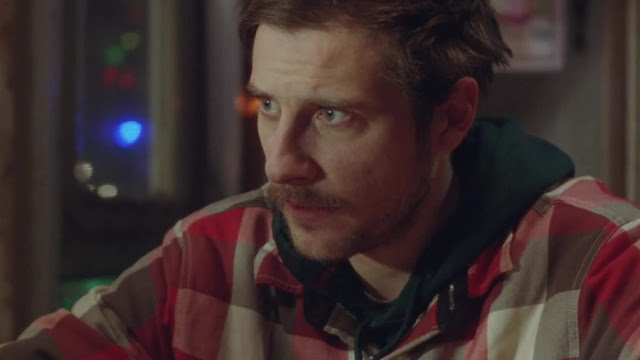 For a fifth consecutive December, a heartbroken Noel returns to New York City to work the night shift at a sidewalk Christmas tree lot. Devoid of any holiday spirit, he struggles to stay awake during the long, chilly nights in his trailer, while the daytime traffic keeps him from getting any real rest. As he slowly spirals into despair, he comes to the aid of a mysterious young woman in the park. Her warming presence, matched with some colorful customers, help rescue him from self-destruction.

As Yuletide offerings go, Charles Poekel’s “Christmas, Again” might as well be called “It’s a So-So Life” — a downbeat but never outright depressing reminder that the holidays tend to look a lot less jolly from the vantage of those peddling Christmas cheer. Whereas David Sedaris made the same point with considerably more wit in “The Santaland Diaries,” this quiet, observational portrait of a taciturn young Christmas tree salesman stuck spending another December camping out on the streets of New York offers modest, VOD-scale pleasures, but is probably best viewed in the warmer months as the curious indie-movie anthropology study that it is. (Peter Debruge, Variety)