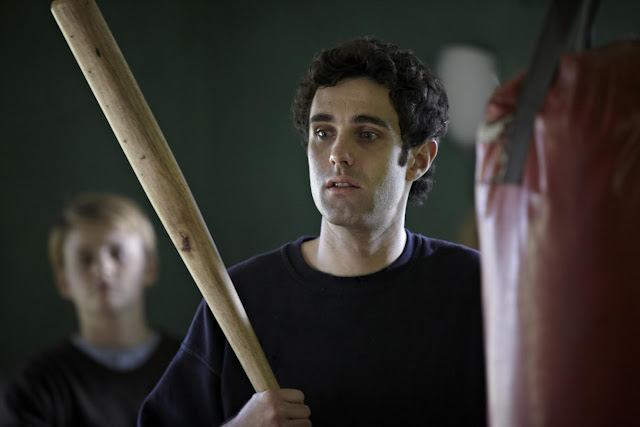 One Eyed Girl is a dark thriller about Travis (Mark Leonard Winter), a psychiatrist haunted by the death of a patient, who loses his job after a violent incident at the hospital. On the brink of a nervous breakdown, he is invited by a mysterious young girl (Tilda Cobham-Hervey) to a city church run by ex-soldier and self-proclaimed saviour, Father Jay (Steve Le Marquand). In search of answers Travis is led deeper and deeper into the hidden world of an isolated cult where he's given one last chance for redemption.

...Australian filmmaker Nick Matthews' feature directorial debut recently won the jury prize in the Dark Matters Section of the Austin Film Festival, and it's an appropriate award for this disturbing psychological thriller. Concerning a deeply troubled young psychiatrist who attempts to find spiritual redemption with the help of a close-knit cult, One Eyed Girl explores the dark matters of the soul with an engrossing intensity...

...Despite the obvious low budget, the film looks terrific, with Jody Muston's darkly atmospheric lensing contributing to the sense of foreboding. Although perhaps too relentless in its grimness to achieve any kind of commercial traction, One Eyed Girl features plenty of up-and-coming talent deserving of future watching...  (Via Hollywood Reporter)