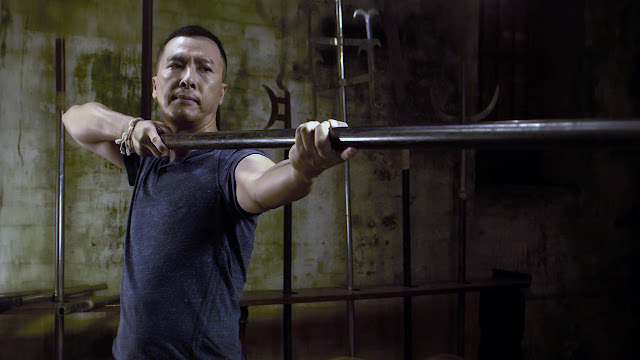 A vicious killer named Fung goes around Hong Kong killing top martial arts exponents and leaving a secret weapon called the Moonshadow as his calling card. When a convicted killer and kung fu expert named Ha - formerly working as a martial arts instructor before accidentally killing a man and being imprisoned and convicted for the crime he didn't intend to do - hears of this, he offers to help the police catch the killer in return for his freedom. With Ha's help, the police realize from the chronological order of the victims that the killer is targeting his victims, all top masters in their respective martial arts style, and following a martial code of training. After a close encounter with Fung, Ha suddenly disappears and the police begin to suspect the worse: that the two are accomplices and Fung was the bait to help spring Ha from jail. But Ha has actually gone back to his home in Foshan to find out more about the mysterious calling card. While doing so, he discovers the killer's ...

Fans of Hong Kong martial arts will delight at the number of stars from past and present who litter the screen during Kung Fu Jungle. From contemporary fighting performers like Xing Yu and Fan Siu Wong, to past masters including Yuen Cheung Yan and even Lau Kar Leung (albeit on TV). But the film's desire to acknowledge and pay respect to the accomplished artists of Hong Kong Cinema extends way beyond martial artists, with everyone from Andrew Lau and Soi Cheang to Bruce Law and Derek Kwok popping up in blink-and-you'll-miss-em cameos throughout the film. And don't worry if you don't spot them all, as they are all name-checked - even those who failed to make the final cut - in the film's closing credits.

Yen does a decent job of carrying the drama in a mostly non-physical role, portraying a proficient yet peaceful man thrown into perilous circumstances seemingly beyond his control. We will likely see him take on many more similar roles in the future - formerly violent men struggling to live out their lives peacefully - and here he seems more comfortable when not fighting than he's ever been. (James Marsh, Twitch)