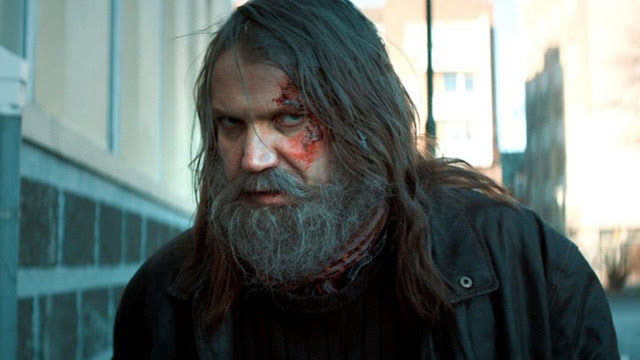 Baldvin Zophoniasson's multi-character drama Life In a Fishbowl focuses on a handful of modern Icelanders whose lives intersect in unexpected ways. A successful but severely alcoholic poet befriends a single mother who works at a children's school during the day, but picks up extra cash at night as a call girl. Other characters include a former soccer player trying to find success in big business while staying true to his wife, the retired athlete's cynical mentor, and the parents of the teacher who are unaware of their daughter's moonlighting activities. Life In a Fishbowl screened at the 2014 Toronto International Film Festival.

The lives of three characters intertwine in “Life in a Fishbowl,” a strongly acted, sensitively directed drama that reps a big step forward for Icelandic director Baldvin Zophoniasson after his 2010 teen meller, “Jitters.” This naturalistic portrait of fraught lifestyles in Reykjavik on the eve of the country’s 2008 economic meltdown touched a nerve on home turf, outdrawing Hollywood blockbusters to become one of the island’s biggest-ever domestic hits. Niche arthouse sales and further fest dates are in the offing for this probable foreign-language Oscar entry. (Alissa Simon, Variety)