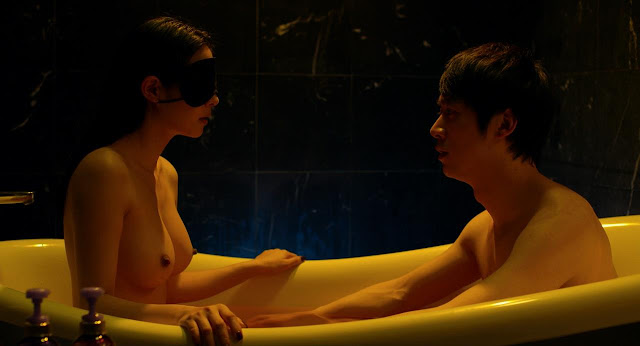 Toru dreamed of working at a 5 star hotel, but he now works as the manager of the short stay love hotel in Kabukicho, Tokyo. Meanwhile, his girlfriend Saya struggles to become a famous musician. Toru and Saya become bored of living together.

A lot less raunchy than its title might suggest, but not without a few racy interludes, “Kabukicho Love Hotel” is a mostly successful multi-strand drama set over the course of a single night in Tokyo’s red-light district. Although the outcomes of some stories are a little too sentimental, the film is populated by interesting characters involved in intriguing situations. Directed with a knowing eye by former “pink film” kingpin Ryuichi Hiroki, this lengthy but never dull riff on the “Grand Hotel” formula is ideal fest fare and ought to click with domestic auds when it’s released locally in January 2015. (Richard Kuipers, Variety)