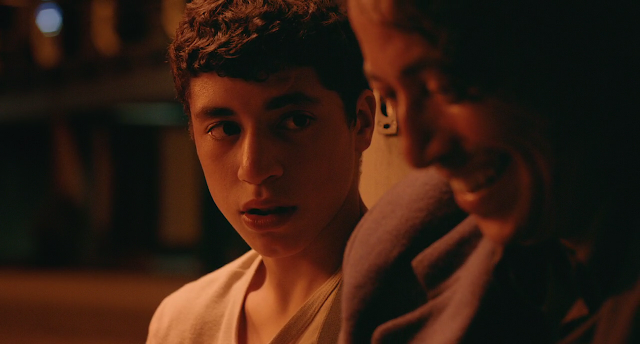 It is summer in the estate on the edge of town that provides the location for Sam de Jong’s feature debut Prins. And it is hot. Any lad who has money here has got to be a wide boy. And if you are driving a Lamborghini you will definitely earn respect. The film’s young director unfolds his story with ease, infusing it with a good dose of irony and grotesque exaggeration. The boys hang out on the street, cracking pumpkin seeds, talking about motorbikes, Rolex watches and how to kiss a girl. One of them is 17-year-old Ayoub. He is head over heels in love with pretty Laura who may smile at him invitingly when she passes by, but later sends him packing with a withering look. Her boyfriend is one of the really tough guys. How on earth can Ayoub compete? He has hardly any money, shares a tiny room with his sister at home; his mother is careworn and his father lives on the streets. He has to do something. Cue the guy in the pastel-hued violet Lamborghini – a complete nut that everyone says you should just stay away from. It is going to be a long, nightmarish night for Ayoub.

Teenage traumas in the hood, with gangstas hovering, inaccessible love objects to be won and the odd pair of luxury sneakers – it all adds up to an increasingly familiar format in European urban realism. But we’re not used to seeing it in a Dutch context, nor with the kind of skewed comic approach of Prince, an enjoyably idiosyncratic debut feature from Sam de Jong. (Jonathan Romney, Screendaily)